It’s been 2 weeks since the coaches and members of Saxon CrossFit completed a 30 day Clean Eating Challenge. Here we look back at their experiences, what they learnt from the challenge and what they will do with that information now they have it. 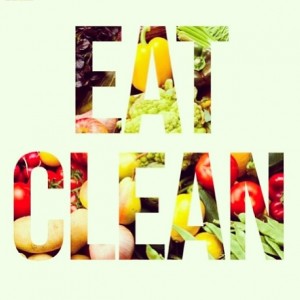 Participants adopted a more basic diet consisting of eating meat, vegetables, nuts, seeds, some fruit, little starch and no sugar for 30 days. Wheat, grains, dairy and processed foods were all off limits as we attempted to eradicate cravings and reset to a more natural state.

Generally people follow a high carbohydrate, low fat, low protein diet. With wheat a staple for most meals and a sugary treat for afters the Clean Eating Challenge was definitely going to live up to its name.

The first week was tough! No milk in your coffee, no biscuit at 11am and no Chinese on a Friday night all made it difficult to recall why you started it in the first place. With sugar cravings at an all-time high and low energy levels, due to lack of caffeine, everyone struggled. Luckily part of the challenge was the support group it developed. A Facebook group to share recipes, thoughts, fears and ideas in and the knowledge that 25 other people were going through the same struggle made it that little bit easier. Chatting to each other at the box and texting the coaches when you felt like breaking made the challenge more achievable.

As the days went by everyone started to notice they were less bloated and that their complexion was improving. Their bodies were beginning to detoxify from the build-up that had accumulated from years of bad nutrition. Energy levels returned and increased tenfold and cravings slowly began to disperse.  Eggs, sweet potato and nut butters became a firm staple to most people’s diets (thank god for Meridian) and although it wasn’t plain sailing many began to develop a routine that they knew they could stick to.  Experimentation and home recipes became a must as many shop bought products were loaded with wheat and sugar, to the surprise of most people.

By the end of the diet people were in high spirits and actually decided that for the most part they would like to carry on this way of eating. Learning efficient food preparation, a few new recipes and some great snack ideas made the application of the challenge a lot easier and the idea of going back to buying processed foods and eating packets of crisps didn’t appeal anymore. Now more greatly aware of foods impact on their bodies and moods participants didn’t want to return to the bloated, lethargic feelings normally associated with a big meal. This is not how people are supposed to feel after eating!

People undertook the Clean Eating Challenge for a variety of reasons. Weight loss, weight gain, improved energy levels, sports performance or improving their understanding of nutrition in general were just a few of the goals. Speaking to participants it is clear everyone took something away from the challenge. Some learnt what impacts certain food groups had on their moods and energy levels and some became less reliant on shop bought processed meals. However the biggest results seen came in physical appearance. Pretty much everyone reported some form of physical change from weight loss to belts being looser or t-shirts fitting tighter. Two people lost over 20lbs. Most lost around 10lbs. Three people lowered their body fat percentage by 10% or more. Inches were lost off several waists and put on around several male chests! People reported higher energy levels, a better sleeping pattern and improved athletic performance.

Although difficult at first the challenge soon became normal to most and few have dived off the wagon back into ‘normal’ eating. Although eating ‘clean’ requires a little more thought, adopting a 90/10 rule allows a more relaxed approached. Eating clean 90% of the time and enjoying whatever you want the other 10% makes the challenge sustainable 365 days a year!

Some of the success stories included members losing up to 20 pounds, inches lost around the waist, arms and legs, and a 10% body fat reductions. We will be repeating the challenge later in the year, so if you would like to give it another go or try it for the first time we will be here to support and guide you through it.