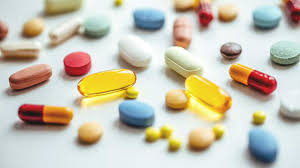 What if I told you there was a drug you could take that would have dozens of highly positive effects. A simple drug that will help you lower your body fat, build muscle and generally feel sexier. A drug that when utilised could relieve depression, increase cognitive function, improve your sleeping habits and just make you feel better mentally. What’s more what if I told you this drug was super safe and completely legal? ‘Give me’ is what most people will think at this point. One drug that could do all those things and it’s safe and legal? Where do I sign up?

Still not sold? What if I told you this drug was readily available and, whilst you can pay for more effective versions of it, you can actually pick it up for free?

For anyone who hasn’t sussed it out yet I’m talking about exercise! The wonder drug that way, way too little of the population utilise to help with a whole host of issues. Recent government figures reckon 80% of the UK population fails to hit the minimum recommended dosage of physical activity. Could this be a contributory factor in the following:

– 80% of people report having disturbed or broken sleep each night

Now I’m not saying that a little exercise will cure everyone of all of the above issues. But with so many people not moving enough and so many people suffering from conditions known to be linked to poor physical fitness it doesn’t take much to think that maybe a little more movement would result in a lot less problems!

So, if you think the wonder drug that is exercise could help you with one of the above issues or you just fancy being a better version of yourself each day, hit the gym, go for a run, play a sport or just take the dog for a walk! All movement is good movement!