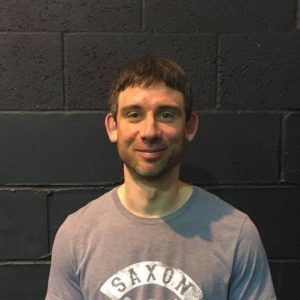 Today we crowned the same person with both of those awards, a fantastic testament to just how deserving this person is. Today we crowned Chris Booker our Member of the Year 2017!!!!!

Chris is the discrete hero of Saxon CrossFit. When he walked into the box over two years ago we would have bet good money that he wouldn’t still be there two years later. He was shy and introverted, didn’t enjoy the workouts and didn’t engage with the community. He turned up, trained then left. 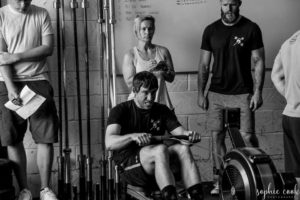 ay a group of Saxons were chatting post class and rather than leave immediately Chris offered an opinion on the discussion. Boom 2 years later and we can’t shut him up! From that day forward Chris has been a part of pretty much everything that Saxon CrossFit has done or become. He’s travelled as far afield as Devon and Birmingham with the Saxons. He’s been out drinking until 4am (something Chris would never have done before) with the Saxons and earned his first hangover! He’s competed against and with his fellow Saxons, both In-House and externally and put in some epic performances. He’s learnt the subtle art of banter and has even cracked out several ‘Your mum’ jokes on Coach Tim. He’s gone from the person hiding in the back of the class to the person chucking conversation back and forth with everyone. He’s PB’d lifts, learned new skills, made a shit load of friends, earned a shit load of respect and made lots of us very proud. 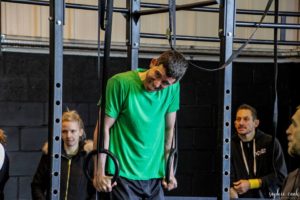 From what we have seen Chris become over his time with us we know he will go on to do awesome things in the next year. We genuinely can not wait to be part of Chris’ journey through 2018 and can only imagine how much farther he will have come this time next year.

We have not seen a repeat Member of the Year but if anyone can do it, we know it will be Chris. 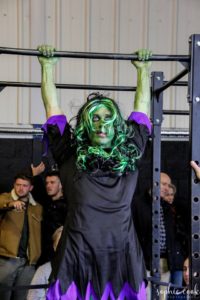