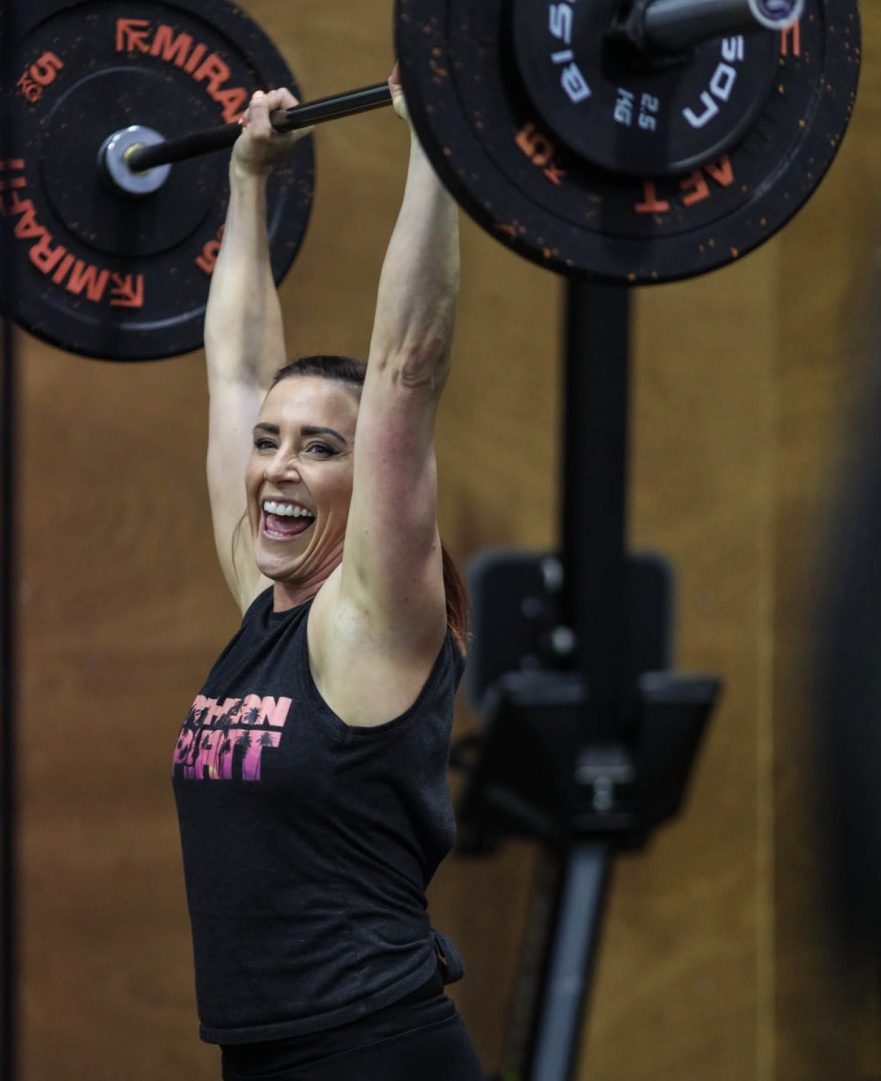 Steph has been part of the Saxon CrossFit Family for many years. She progressed quickly, and through her hard work and determination has become a formidable CrossFit athlete. Steph is now sharing all her CrossFit knowledge and experience, coaching with the same intense energy, hard working ethic, determination and fun loving way she puts into her training

We’ve asked Steph to share some of her CrossFit experiences. Enjoy…

I first joined Saxon CrossFit back around 2015. I actually decided to give CrossFit a go because I wanted to get better at cheerleading and the idea of partner stunting someone on my own just sounded really awesome!! There was an appeal to having a coached class with guidance around movements, which was different to gyms I’d been to. So I took the plunge and booked my Saxon taster…. To say I was hooked from then was an understatement!!!!! 😀

I realised soon after joining that I had loads of things I wanted to work on… I was both inspired and intimidated by some of the guys in workouts!!!. I honestly thought ‘jeez I am NEVER gonna be able to do that!’ Whilst secretly thinking ‘oh please, oh pleeeease let me be able to do that!’.

Doing pull ups was my first challenge!!!! I decided to enter a Saxon in-house comp and managed to do single kipping pull ups for the first time EVER. The support from members and coaches was awesome and helped to spur me on. It gave me the confidence to enter my first Suffolk games…and the love of competing began!

Over time I started noticing other members who were kinda in the same training space as me, and we started having banter around scores, which made it a bit of fun competition. I did my first Open with other members too.

I decided my goal was to get a spot in the Saxon Tribal Team. I love strongman, running and general team workouts. I tried for a couple of years to get into the team, losing out on the Portugal team spot by 2 measly reps back in 2018. I finally made it to the 2019 U.K. Tribal Team along with Coach Heidi, Coach Alex, Frances, Taps and Aaron. The support crew from Saxon that year was absolutely bloody immense, and really made me proud to be Saxon. We bonded as a team, training together and understanding each others’ strengths & weaknesses, which culminated in us getting to the quarter finals – the best a Saxon team has EVER done!!

Since then I’ve done some external comps repping Saxon, and I’m always blown away by the support from the box.

I love impressing the coaches and doing them proud, so it’s naturally led me to becoming a Saxon coach in order to continue building on that Saxon pride!!

I’ve coached previously in other areas – From running coaching to Business coaching.

I’ve learnt so much from coaches over the years, picking up tips and tricks around nailing a skill, or building on strength, I really felt that, given my ever increasing age, it would be great to give some of that experience back to other members too.

I remember how I felt in awe of the members doing all the sexy gymnastic movements, and those members who were shifting serious tin without even breaking a sweat and thinking, ‘no way in hell I’ll get there!’. The coaches have played a huge role in improving my Crossfit abilities.

However it’s important to understand the journey to get there looks different for everyone. I’ve learned that comparing yourself to others can be detrimental to your own journey, and that someone coming into the box during their first week, is ALWAYS going to be in a different place to someone in their 5th year of CrossFit. People have very different and busy lives outside of the box, so its normal and healthy that people aren’t living & breathing CrossFit – training breaks are inevitable. Everyone is unique. To be part of someone’s CrossFit journey, wherever they are on it, is a privilege as a coach and one I’m looking forward to in the future. 🙂